skip to main | skip to sidebar

Jesus Christ IS The Divine Mercy
"The Way, and The Truth, and The Life"

Tell us your issue and perhaps we can address it for you.

Devotion to Christ is caring more about knowing the Truth than discovering one may have been incorrect in what they initially believed.

Follow by Email - Receive new articles as they are published. Just enter your email address here.

Our Relationship With God

In the last post we read father Blasick’s homily for the beginning of Lent that speaks of our relationship with God on a personal level. Many of us today (not all), although we believe we're faithful to the teachings of our Christian faith choose what teachings we are willing to follow. We often see the church as an institution that is nothing more than an organization created by man. Some believe that it is not necessary to follow all of the guidance of the church in matters of faith and morality. There are even others who separate from the church and follow their own way of believing what God will be satisfied with assuming what is pleasing to them will be acceptable to God. They fail to realize that the church was in fact founded by Jesus Christ. He Himself empowered it with the authority to teach what He taught and for His church to guide His faithful. Yes, the Catholic Church presents to His faithful followers the teachings of Jesus Christ and not just some general rules a group of man made up on a whim.

Father Blasick is an ordained Catholic priest of the order of the “Congregation Of The Most Holy Redeemer”, better known today as the “Redemptorist Fathers” founded by St. Alphonsus Liguori .

"Take care you are not like the hypocrites who come to church a few times per year, making the ashen cross (upon the forehead) more valuable than a good confession of sins and the reception of My Body and Blood; otherwise, you will have no recompense from your heavenly Father. Do not do this so that others will see you and call you My disciple. Amen, I say to you, for those who value much the little things and neglect the larger ones, they have already received their reward. But to those who use this day as a beginning -- to give alms in secret, to pray often, to fast with hidden appearance, and to celebrate My Sacraments worthily - these my Father who sees in secret will repay you."

Could these be words which Christ directs toward us? I believe so, even if some might say that they sound judgmental. However, keep this in mind: Christ was making a judgment of character in today's gospel, while speaking to His disciples. There are sinners, there are saints-in-the-making, and then there are the hypocrites who place themselves comfortably in the middle. Where are we?
In the book of Revelation, our Lord says to the Church in Laodicea:
"I know your works; I know that you are neither cold nor hot. I wish you were either cold or hot. So, because you are lukewarm, neither hot nor cold, I will spit you out of my mouth" (Rev 3: 15-16).
We have no problem whatsoever with Jesus saying this stuff about "those people" centuries ago, about those in 1st Century Palestine and to the seven churches in first three chapter of Revelation. However, let no one dare say that about us, in any fashion! After all, what we want and need, more than anything else, is a Jesus of love and mercy!
Yet, we must not kid ourselves: we are just as sinful in this age as they were then. We can easily turn a blind eye by saying, "What is most important is that I have a relationship with Jesus!" Really? I ask this in reply to such simplistic thinking: what KIND of relationship? The devil has a relationship with Jesus, and it is a very bad one! So does every angel, good and fallen, and so does every human being as well. What is the DESCRIPTION of your relationship? Is it Scriptural or subjective? Holy or sinful? Good or bad? Real or imaginary? Sacrificial or self-deceptive?
Another protest might be, "But I'm a good person!" Perhaps, by human standards you are, but Ash Wednesday and Lent are about assessing ourselves by DIVINE standards. Are you a HOLY person? Are you striving to become a saint? Or do you still allow for spiritual mediocrity in your life--a mediocrity that will get you nowhere fast, which never really challenges you toward conversion (of life), and which allows for complacency and sloth?

Yes, we are called to relationship with Jesus, but that relationship needs to be a RIGHT relationship, a holy relationship+ as Jesus teaches us in the gospels, thru His Apostolic Church. That is the real challenge of this day, that symbol, this Lenten season: to allow Christ to transform EVERYTHING in our lives. "Behold, now is a very acceptable time; behold now is the day of salvation." May we all hear His voice today and harden not our lukewarm hearts.
Posted by Seeking Divine Mercy at 3/05/2015 04:28:00 PM 0 comments Labels: bible, catholic, Christianity, church, faith, family values, Holy Trinity, morality, priorities, same sex marriage, Separated Catholics, society, suffering, truth Links to this post

A Tale of Two Churches

The following article was published by Zenit.org and is the exclusive property thereof, but we at Seeking Divine Mercy felt this article more than worthy to be presented here with credit given according to the author and publisher. For additional articles of interest, please visit Zenit.org

American Law Is Officially Telling Its Citizens What Values to Hold and How to Think, Warns Cardinal George

As a closing note by the producers of this website, Seeking Divine Mercy, No doubt as unwavering as the Words of Jesus Christ are; as unwavering as is the Covenant Jesus made with His Church, She WILL be here to meet with Him “until the end of days”. No other source can sustain over her. SeekingDivineMercy.org
Posted by Seeking Divine Mercy at 9/18/2014 08:26:00 PM 0 comments Labels: abortion, bible, catholic, Christianity, christians, church, denomination, faith, family values, God, Holy, morality, origin, protestant, religious teachings, society, truth, vote Links to this post 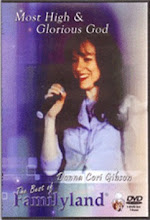 Seeking The Truth Can Only Lead Closer To Jesus - Useful Links

Seeking Divine Mercy
After years of research into Christianity and Catholicism, we share so you may learn why those who are separated from the Church should return or unite for the first time with the Church Jesus founded with His Blood. HOME : www.seekingdivinemercy.org

Who can deny the honor due the Blessed Virgin as the mother of Jesus Christ. Click the above image to better understand that honor bestowed upon her.

The Gospel in the Digital Age